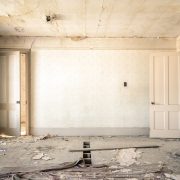 There’s no doubt that there’s something charming about old homes – whether it’s a turn of the century villa, a California-inspired bungalow or a relic from the post-war building boom. However, there are certain things you need to consider when purchasing a piece of New Zealand’s building history, especially with any homes that were built pre 1978.

In seeking to avoid a headache later down the line, it pays to get a professional building inspection, however we’ve put together some pointers of some of the key things to be mindful of also.

Does it have its coat, hat, and shoes on?

It’s well worth looking at whether the home has the required insulation, or whether this will need to be retrofitted. Not only will you want it to be warm if you’re looking to move in, but if you’re buying the property as an investment and are renting it out, tenancy law changes require you to meet certain standards. In some cases, building consent is required to add insulation into walls, so it’s important to be informed and factor this work into the cost.

Is there any scrim in sight?

We’re not talking about a football scrimmage here either! Scrim is an open-weave, coarse fabric (it looks a bit like sacking!) that was popular in old villas and bungalows (before the days of plasterboard) and was often laid straight on top of wall framing. The problem lies in the fact that scrim is highly flammable and many insurance companies may not insure a house with scrim due to the fire risk.

Poke around in the plumbing

Too much intimate inspection of our plumbing is often a touchy subject, but when it comes to an old home, it’s more than worth a poke around. They say that prevention is the best medicine – and the thing to watch out for here is the use of dux quest plumbing. This early type of black plastic piping was largely used in houses in the late 70s and early 80s and, as a system, it tends to leak quite a lot and can cause a myriad of issues later on.

People often think that as long as a house is still standing – and straight! – there’s no need to give much thought to the foundations. However the foundations are the basis on which the entire house is built, so it’s important they’re not overlooked. Lots of old builds were up on piles, as opposed to poured concrete slabs that are often underneath newer homes, so it pays to check what’s going on under there. Don’t just assume it’ll all be alright – one house I inspected had tree stumps as foundations… It’s safe to say this ‘treehouse’ was not overly solid.

Is there any asbestos?

Most of us know that this one is a red flag, but where does it really cause challenges? In some places and products, asbestos fibres won’t create problems, but if they are on loose things, like the backing of old vinyl, you’re up for some issues. Not only is asbestos insidious, it can cost a fortune to get rid of, as it requires specialists.

A qualified property inspector can help you spot all the issues above, as well as a number of other potential pitfalls that may be present in an old home. By all means, enjoy, invest in and restore these aged beauties but, as with any property purchase, remember it’s best to go in with your eyes open. Not only can this help you avoid later headaches, but it helps with your negotiating power also. Forewarned is fore-armed, after all. Get in touch now for a building inspection to make sure your old home is a good buy.