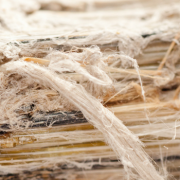 Asbestos. We’ve all been told how bad it is for us, but what actually is it? Found in many building materials used until the late eighties, it’s a mineral that can be hazardous to your health if incorrectly managed.

Though it has many applications, these health risks meant that its use in homes has been heavily regulated in New Zealand from 1978. So although most modern houses should be asbestos-free, it’s very likely that any house built before the regulation (and for some time afterwards) will include asbestos within the materials.

This doesn’t mean that older houses are bad investments or medical emergencies waiting to happen – it just means that you have to be wary of the risks involved.

Asbestos can be relatively safe if the materials supporting it are left undisturbed. Health issues are usually caused when the fibres are inhaled, and this happens only under certain circumstances, such as during a renovation. As symptoms of inhalation only show up in the long term, it can be almost impossible to know if you’re putting yourself at risk unless you consult building inspectors or other experts.

Red flags to look for

Though any house built prior to the eighties might have asbestos within, as long as the materials containing the asbestos are in a secure condition you don’t need to be too concerned.

Any sort of physical trauma to materials can cause asbestos to be released. Flaky walls, damaged cement cladding, and loose insulation are all primary perpetrators. Renovating older houses can be especially challenging as the work carried out can often lead to the release of asbestos fibres. Even something as mild as children roughhousing and knocking into walls could cause issues, which is why it’s so important to be aware of any potential asbestos in your home.

If, during a building inspection, we find signs of asbestos, we will flag in the building inspection report that it could be a cause for concern in the property. However, it’s impossible to say for sure whether asbestos is present without lab testing a sample. It always pays to be wary.

If you’re faced with the situation where these dangerous fibres could potentially be released into your home, then you’ll need to pay to have them removed – which is a fairly pricey endeavour. This is something worth thinking about when purchasing a house with the intention of fixing it up – you may be paying a cheaper price upfront, but costs will add up pretty quickly when you need to get professionals in.

Asbestos removal is not a simple task, which is why you’ll need to hire competent removers to do the work for you. Many builders may claim to know the removal process, but they are just as likely to try scraping it off your walls – a big mistake. Although initially a building foundations company, the team at Conqra are heavily experienced in asbestos removal and The Property Inspectors recommend them for any asbestos-related issues.

Older houses can be very attractive investments for a number of reasons, however there can also be a number of pitfalls potential buyers can find themselves in. It’s important to consider the implications of purchasing a property that uses materials containing asbestos as the long-terms effects to your health and your pocket can be significant. Although there is nothing inherently wrong with purchasing an older house, if there’s been significant damage to the property or you’re thinking of renovating then you may run into trouble.

Signs of asbestos are just one of the many things we look for when conducting a building inspection – so get a free quote now to make sure you’re not going to have to deal with the consequences! 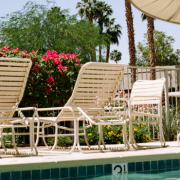 While keeping up with new legislation isn’t the average person’s idea of fun, recent legal changes around pool fencing could affect you and your property. While I won’t go into all the nitty-gritty details about what’s changing (you can read them for yourself here), the crux of it is that on 1 January 2017, the Building (Pools) Amendment Act 2016 repealed the Fencing of Swimming Pools Act 1987, and provisions about pool fencing were inserted into the Building Act 2004. Still confused? Don’t worry—I’m here to break down what these changes will mean for you and your property.

The new fencing laws can be broken down into three main changes: inspection frequency, new territorial authority, and suitable barriers.

While the Auckland Council already requires that privately owned pools undergo a check-up every 3 years, this requirement now applies to all pools across the country. Inspections can be performed by either a council member or an independent pool inspector. While I’m not qualified to make official pool inspections, I know some of the key things to look out for when I do your property inspections, and can give you a heads up as to what may no longer qualify as a safe pool barrier.

When a qualified person comes to inspect your pool, they will take a look at both the external barriers and the internal functionality of the pool, making sure that it is both safe and compliant. Now that the standards around compliant barriers have changed, you may find your pool does not pass its inspection, even if it was fine last time. Spa pools smaller than 5m2   may only need a safety cover as a suitable barrier, and doors that lead directly to a pool must be self-closing or have an alarm that sounds if the door is not closed again after an adult walks through. While these may seem costly and unnecessary, you don’t want to have a child drown in your pool due to non-compliant fencing—which is why it’s worth calling an expert.

Your property is more than just your house, and in the same way that I advise contacting a property inspector before buying, it’s also worthwhile to have someone inspect your pool. If you’re selling, the last thing you want is for someone to inform you that your pool barriers aren’t up to standard—you don’t want to have to lower your selling price! Being able to inform potential buyers that your pool meets the required safety codes proves the value of your property, and hopefully will encourage people to buy it.

If you’re looking to buy a house, a non-compliant pool could become a hidden cost, something best avoided with the help of a specialist. The ideal transaction between a seller and a buyer will have as few hiccups as possible, which is why both pool and property inspections are so crucial.

With changes in the Act come changes in standards of acceptability, and while this may seem like a pain the neck for people with pools on their property, it’s all about keeping people safe in your home. Don’t let hidden costs catch you off guard—get both your pool and house up to standard with the help of a professional.

Contact me now to book a professional property inspection.